For this project, my topic is a fictional garden shop and nursery called Fairy Floral. The general audience I am attempting to reach are young adults and primarily women. Young adults can range from 20-year-old college students up to people in their late 20s and getting their first real home.

In this branding campaign, I hope to catch the interest of those who have always been intrigued by gardening, but have never gotten into because of its unapproachability. I hope to create a fun and approachable brand that is pretty to look at, but also peaks interest. 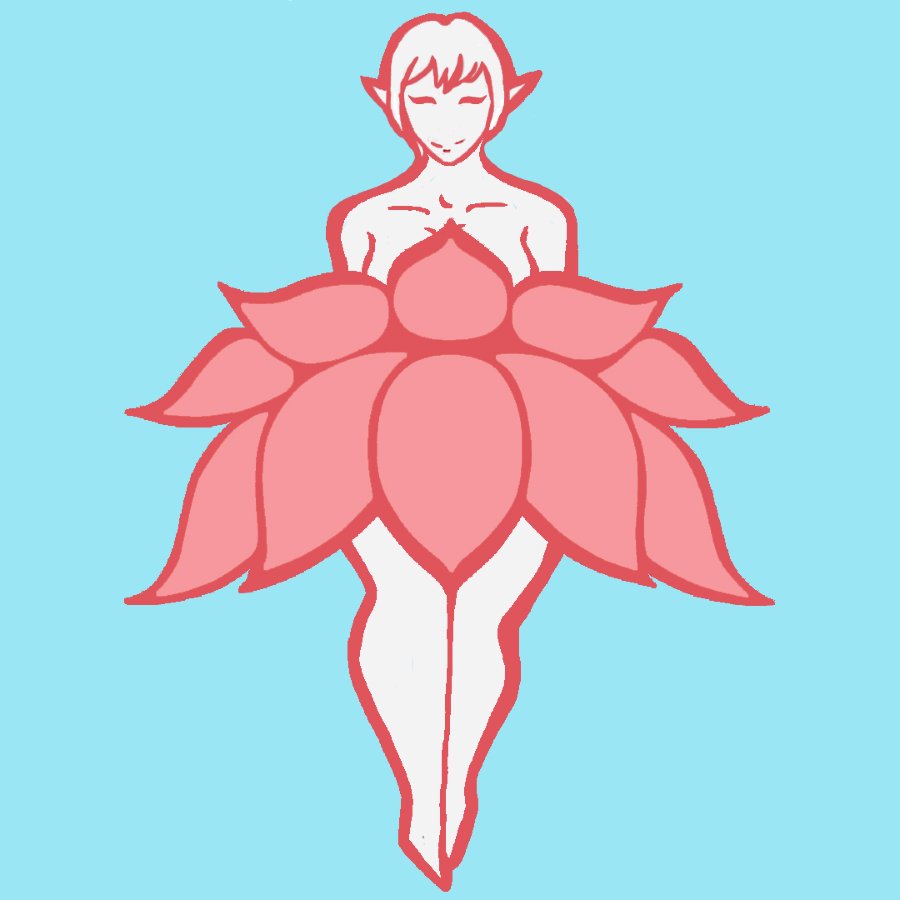 Starting of with Fairy Floral’s logo, I was aiming for a picture that represented the brand I was creating as a whole. The pastel colors in it logo are colors I attempt to draw throughout every picture. Since it’s a logo, I wanted  to keep it simple yet recognizable, but I also wanted it to look nice in a circular frame. 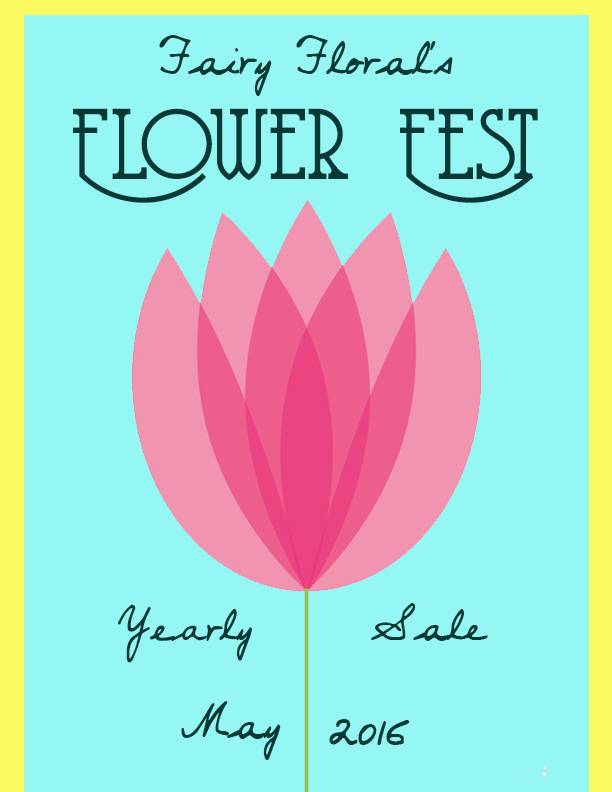 This first poster is the full poster for a large sale and party Fairy Floral holds yearly. Going along with the logo, I wanted the poster design to be minimalistic and incorporate pastels and a vibrant pallet. With the centerpiece flower’s design, I decided a central alignment worked best with the poster, and I believe the stem helps lead the eye down further into the secondary text.

Fairy Floral's biggest event of the year is coming this May 1st! Come out for food, fun, and fantastic floral sales 🌸🌸🌸 # fairy_floral #sale

Following it’s larger counterpart is the Instagram Flower Fest poster. It is on a much smaller scale than it’s original and the center flower has been enlarged. Being the design made for Instagram, words were cut to make the poster quickly legible. Design wise, this petals of the tulip point directly to the words make a subtle arrow. As with the previous design, the dark navy lettering also draws the eye instantly.

We love our home team at Fairy Floral. The golden poor man's orchid reminds us of the gold we all know! 🐯 Geaux tigers! #lsutigers #lsu #fairyfloral

This is the first of my images to aim specifically at a niche group. As the nursery is located in Baton Rouge, LSU sports and the college itself is a huge aspect of the city. This is meant to target LSU fans and college student alike. I wanted to have this picture be something that was simple and also displayed the LSU motto of,”Love purple, live gold.” I also enhanced the gold in the flower while adding a purple gradient.

World feeling turned around for finals? If you're of age and a LSU student, get a free glass of rosè wine at Flower Fest! #yeswayrosé #flowerfest

This piece is advertising for the Flower Fest sale and event while also targeting college students during exam week. It also targets 20-somethings who enjoy wine. Design wise, I’d like to point out the arrangement of the picture itself, because I thought an upside-down picture would draw the eye. Along with this, as the company has a lot of whimsical themes, I drew a fairy in the rose bud. I also felt clever in my rose and rosé pun and think it drives the point home.

Flower crowns make the world go round, show us yours! #fairyfloral #flowercrowns #fabulous!

In this piece, I wanted to focus on getting the viewers active by encouraging them to share photos of flower crowns. This piece is drawn by me with the addition of realistic flowers I photoshopped in. The contrast created in intriguing and makes the piece stand out a bit more. I also wanted to create a sense of unity and symmetry with the piece as a whole.

Exams are around the corner and our flower fest is on the horizon! 🐝 #beehappy

For this design, I wanted to have a nice photograph, fun colors and a pun. The writing on it’s own is a simple “be happy” uplifting text; however, with the Instagram description I wanted it to aim towards college students and exam time. Adding the hexagons as overlays brings attention the piece and adds a graphic quality to a realistic picture. This picture helps strengthen the brand because it forms a connection with students, showing it is not just attempting to sell a product.

This was meant to be fun but also focus on the business side of the Instagram. I was aiming for a fun way to advertise the addition of a new product without being too on-the-nose. I found a nice middle ground, and the design adds to the fun vibes. The colors of the mushrooms brown and tan look nice with the aqua backgrounds. I’d also like to point out the lettering because not explaining the quote grabs attention and makes the viewer curious.

As excited as we are for spring, the blooming knock-out roses seem more so 🌹🌹🌹 #rosesinbloom #fairyfloral

For the video, I wanted to humanize the brand while also incorporating flowers and colors that have been present in all the other pieces. The audio bit also adds to the carefree and fun feeling of the brand. As well, it is a relatively peaceful video that does not necessarily need to be viewed with audio. I went with this decision because if in public, the person viewing the video is not  likely to listen to the audio. Because of this, I did not want to put too much necessity into audio.

The flowers are in bloom and we're exited! Are you? #pumped #flowerfrenzy

Finally, the last piece of promotion for the Flower Fest in this picture. It helps remind viewers of the date of the festival while also showing a bit of the nursery itself. I took a picture with pink and red flowers to pull in the color theme, but also applied a pink overlay to give the picture a fantasy feeling.

View all posts by noveaucolors